How do you define success? 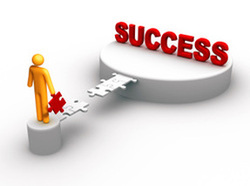 A Friend shared this story with me and I wanted to post it here on Time for Life so that visitors may stop to think about what is really important.

I have spent nearly 20 years on Mountain Search & Rescue teams within both California and Idaho. On several occasions I was involved within a mission that involved our teams removing people from very serious situations including aircraft crash sites.

On one occasion we were called out on a missing aircraft. After two days of searching, we located the downed private aircraft. Amazingly the pilot survived the crash.

The evacuation was a tremendous event; one of the greatest challenges most of our team members had ever faced. Air support was not an option due to weather so we had to move this broken-up man via the narrow ridges and trails.

His body was broke at nearly every point from head to toe and the pain from the movement needed to evacuate him from the mountains was incredible. His struggle to survive was amazing. This was a successful man, he had a very high-end private GA aircraft, his personal items told us that this man was very wealthy with very expensive clothing, his selection of the diamond bezel Rolex but more so was his conversation with us.

This man repeatedly asked us to inform his wife and kids how sorry he was for his short comings. His lack of time spent with them, the little he had done with his children as they grew. As we crossed over drainage’s and racked his body on rocks and trees just so we could save his life, his lips never stopped talking of his desires to live so he could “make up” for the missed times with his family.

He continually asked us to tell his family specific items and the sorrow he had for missing the important years of their life.

So here is a man that had money, had success, had material items most people never realize in life yet he regretted his way of life. He kept repeating that he would trade everything he owned to live another day just to see his family. He later died as we carried his body to an awaiting helicopter that took his body to a parking lot where his family was awaiting.

Telling his family his confessions to us prior to dying was one of the most difficult situations of my life. All one of his sons said was “We kept telling him all we wanted was him…why did he not understand that”?

"The Best Gift We Can Give Our Children is Our Time"