When I embarked on this journey the morning of June 10th, 2017 my mind was swirling with emotions. When I completed my ride on September 19th it was much the same, so many things going through my mind. I was excited that I completed the ride but was also sad that it was over. Here is a recap of this epic adventure of a lifetime!

The Decision to ride...

All those mountain passes...

As beautiful as the scenery was the people are what I'll remember the most! The generosity and kindness of so many people towards a total stranger will stay with me for the rest of my life.  The list goes on and on and I will be forever grateful to everyone that helped make this dream a reality!
This adventure has been so incredible, I could continue for many more pages and still wouldn't cover all the lessons, challenges and blessings I experienced. To see my friend Doug and his family after making a route change in Kentucky and going through North Carolina was so special and inspiring. I am so thankful to have had the opportunity to do this ride in my brother's memory, to show my son Nick that you can have big dreams and see them come to pass and that anything is possible if you have faith and believe you can!
Additional details of my ride can be read on my blog. 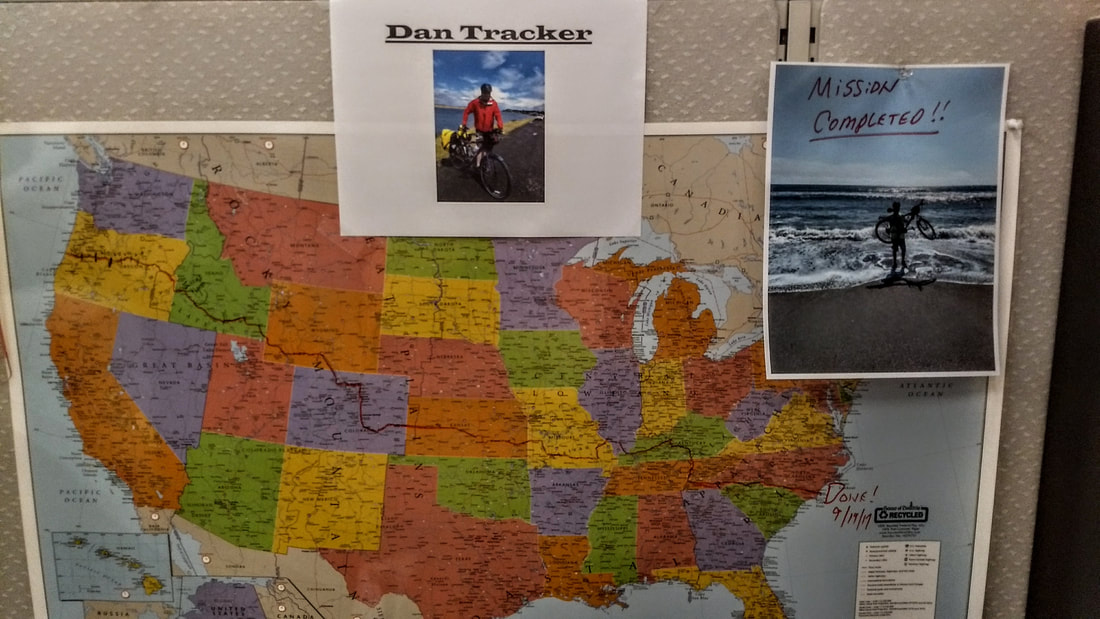 The "Dan Tracker" that my employer used to track my ride
Copyright © 2023 Take Time for Life . All rights reserved.